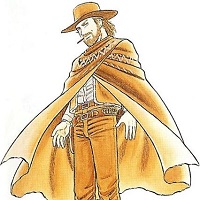 Appearance: Eleanor is a bit on the tall side, standing at 5'8''. She has messy blonde hair that flows to her shoulders, wide blue eyes, full lips, and a heart-shaped face. Eleanor has a voluptuous, athletic figure from swordplay and acrobatics, with broad shoulders, toned arms, and slim yet powerful thighs.

Eleanor typically wears a long-sleeved, bright red leather jacket over a form-fitting white blouse, a brown belt, tight black pants, and black combat boots. She wears the standard, unmodified Expiate uniform when on-duty. When in formal dress, she prefers to wear long, flowing dresses in varying shades of red. In both work and casual environments, she carries her sword on her left side, for easy access from her right hand.

Personality: Eleanor is a girl who has almost everything, and she knows it. Because she has so much more in life than the common folk, she believes that she also has far more responsibilities than they do. To her, the right to live in luxury and the duty to serve the less fortunate justify one another. And her illustrious bloodline means that she’s got big proverbial shoes to fill.

Compounding this is the fact that she’s the child of two worlds – she was born out of wedlock to a noble father and a commoner mother. Because of her illegitimacy, her social position isn’t as secure as her half-brother’s. This makes living up to her ancestors’ deeds and legacies far more important for her than it is for Eadwyre.

Eleanor is nice to virtually everyone she meets. She trusts others implicitly, although not to a suicidal level - she only confides secrets into her friends or those she can trust, and will never break anyone else's trust. She's kind and friendly, and makes friends easily and fast.

Eleanor prefers agreeing to disagree over dragging on arguments. She can deal with rude or uncouth behavior. She can even deal with people being rude to her personally, out of the belief that her social position is secure enough to withstand even the harshest of insults.

The exception to this rule is when injustice to others, real or perceived, confronts her. She won’t stand by while someone else is being maltreated, even if her intervention comes at the expense of niceties. In other words, she’ll always stick up for the little people.

Eleanor is somewhat naive, being young and sheltered. She finds it hard to relate to people who've come from poorer backgrounds, or have had less-than-stellar childhoods. This doesn't mean she lacks empathy; she just lacks a frame of reference for many, many things.

Ultimately, Eleanor’s two biggest traits are her strong empathy and powerful desire to help others. When others are happy, she’s happy – when others are sad, she’s sad. She hates it when others suffer and goes out of her way to be sensitive to others’ feelings.

All these traits led her to the Expiate, for one reason – so that she can use her skills to serve and protect other people. She intends to continue her paternal ancestors’ legacy in whatever way she can.

Having had many suitors in the past, Eleanor has mastered the art of saying "no" to romantic advances politely. Her tastes veer towards a simple man with a good heart, although she believes that it's inevitable that she marry a man of high station.

History: The Alcott family is a dynasty of noble knights and statesmen that has served Saoirse for almost as long as the kingdom has existed. Epimetheus Alcott should have, by all rights, continued his ancestors’ long and proud tradition unblemished. But one thing got in the way – a woman.

Anne was a common florist who lived on Alcott property, and whose shop Epimetheus would often frequent. One thing led to another, and despite Epimetheus’s marriage to one Minerva Alcott, the two fell in love.

It was from this union that Eleanor Alcott was born. A few days after her birth, Minerva discovered of the affair. Despite Minerva’s initial protests, Eleanor was taken to the Alcott estate, to be raised alongside her legitimate half-brother Eadwyre. Eleanor would meet her birth mother only a few times in her life; she remembers her mother as a kind woman.

Eleanor’s first few years were somewhat lonely. Her father and stepmother were often away on business, leaving her to be raised by a small army of servants. Whenever he could, Epimetheus showed her love and care – Minerva, on the other hand, would remain perpetually distant. Stepmother and stepdaughter would forever be at odds, because of what the latter represented.

Minerva’s resentment, however, did not carry over to her own son. Eadwyre loved Eleanor as much as he would have loved a full-blooded sister, and abated her loneliness somewhat. The two share a close bond that continues to this day.

Growing up, Eleanor learned of the Alcotts’ illustrious history as knights, statesmen, and protectors of the common people. For as long as she could remember, Eleanor has wanted to prove herself worthy of the Alcott name, and a worthy successor to her father.

Upon her first entry to school, two things about her became apparent – that she was an Alcott, and that she was a lovechild. These two facts would put great amounts of distance between her and her classmates, most of whom came from humbler backgrounds. Yet over time, her naturally kind disposition would lessen this distance, and she would develop a close circle of friends.

School made another thing apparent; her half-brother Eadwyre was destined for great things. A perpetual achiever, it became clear that Eadwyre was a more than worthy heir to the Alcott name. This coupled with her illegitimacy gave Eleanor something of an inferiority complex towards her brother, which only spurred her on to succeed more. And while she maintained an impressive record in her own right, she would never quite catch up with her half-brother.

When Eleanor was old enough to understand, Minerva would take her aside and tell her a harsh fact. Because of the circumstances of her birth, she would never inherit the Alcott estate, and thus needed to forge her own path in life. Eleanor accepted this fate without protest.

It was shortly after this revelation that young Eleanor realized something. She wanted to continue her family’s long tradition of serving and protecting the common folk. And the most obvious way of doing so, in her mind, was serving in the Expiate.

Eleanor spent the next few years immersing herself in the study of combat and Cartic magic. She developed an affinity for fire magic, acrobatics, and swordplay. She proved a quick study, and while never living up to her brother’s talents, she quickly stood out from her peers.

As she grew older, Eleanor’s pedigreed background and fit figure attracted quite a few potential suitors. Eleanor would remain perpetually unaware of the male attention she garnered – when she was told outright, she became flustered. She concluded that she wasn’t yet ready for a relationship.

Once she graduated from Cartic academy, she entered the Expiate, qualifying easily. It is in this position that her story truly starts.

Weapon: A simple short sword given to her as a gift from her brother.

Strengths/Weaknesses: Eleanor's main strength is her versatility - she's capable of dealing out potent attacks with both physical force and magical spells. Her main weaknesses are her lack of focus and her relative frailty; she isn't used to taking many hits, and goes down easily against more powerful spells. 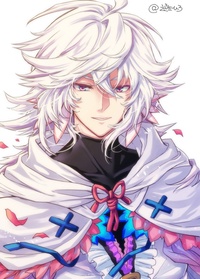 Sorry this took so long, I have been busy irl. I can't seem to catch you on discord so I'll leave my notes here.

You've got a good base for a concept but I'd like for you to touch on a few things. First off, I could use a little more in personality. You did a fine job talking about her goals but what else? How does she come off when interacting with other people? What is her typical stance and how is she different depending on situations? Some character flaws and traits are also prudent to creating a sound personality.

The history feels a little barebones too. Some more details in the finer points would be good here. How was her relationship with her family? Did her social status get in the way in other parts of her life? Where did she learn magic and why did she choose this particular brand of it? Her backstory doesn't really show why she ended up being the knuckle-dusting type she is now. Considering her lineage, wouldn't a sword or coat of arms fit her more? This is not me recommending you design the character differently, mind you. That's just what I get reading what you have for a backstory.

As for her skills, there is a particular way we like them organized. If you can go into more detail on how and to what extent she can use her particular skillsets, that would be helpful. Also, saying that she can land punches that "pierce through steel" is a bit much. The velocity in itself implies a bit much. Ever watched Death Battle? Jokes aside, it would be appropriate to lay out certain limitations.

In summary, your character is fine in concept, but we'd like more details on certain parts to support said concept.
Lilac