You are not connected. Please login or register
Go to page :

I Love the Night [Dorrance/Ren]

The rest of the week would go about perhaps as much as Dorrance expected it would: with a lot of mini heart-attacks. She had to keep Ren indoors at all costs, and while THAT was easy to do, the house still had their share of threats.

Around noon one time, Dorrance and Ren lounged in the drawing room with the blinds closed. Dorrance had just started reading up on one of her alchemy books while Ren could idly practice on her instruments. Viola had also just set tea.

That said, Ren would notice Dorrance squinting her eyes and placing the words close to her face. She also stooped forward so that she was raising the lantern closer to the pages.
_________________ 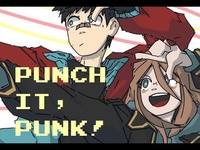 Ren hadn't been adjusting that well for the next week. She was hoping she would be back to normal at some point, but that 'normality' never returned. She didn't understand it, but Dorrance kept assuring her she'd be okay...

So, she tried to keep on like usual, they were having another relaxing day, Ren was practicing, her mind wandering as she went through her warmups. Her eyes eventually made their way to Dorrance, they always did after all. Her poor lover seemed to be having trouble reading..."Dorrance." She said, a bit of humor in her expression. "You don't have to use a lantern to read, you know." As she spoke, she placed her violin down and began to walk towards on of the curtains. "Here, let me open up some of the curtains for you." She gave another smile at Dorrance before grabbing the end of a curtain and beginning to slowly pull it back.
Lilac

"Hm? Oh, that's nice dear..." Dorrance said absently to Ren's suggestion. It took a moment for it to sink it.

Dorrance then snapped her book closed and yanked Ren away from the blinds.

Ren would notice Dorrance wrap herself around Ren, keeping Ren almost completely covered as the tiniest sunlight came in before Dorrance shut it. The noble woman sighed in relief before realizing how odd she looked to Ren.

"O-oh! A-ah, I didn't want to blind you dear," Dorrance said nervously pulling away. "A-after all, just having recovered, your eyes are still pretty photosensitive. Sudden changes in light brightness could really hurt your sight. That and, well, if the wind blows, allergens could make it hard for you to breathe. I think it's best we keep you out of the sun for a bit hm? I'm sorry..."

"O-oh..." Ren's eyes widened as Dorrance suddenly covered her. She had to admit, Dorrance had kind of scared her. It was almost as if Ren had up and nearly killed herself. Though, as Dorrance explained herself, things began to make much more sense. She had almost blinded herself..."Oh my, I'm so so sorry love!" She threw her arms around Dorrance and held her tightly. She couldn't resist Dorrance when she was pouting like that..."You're so caring, I knew there was a reason the windows were covered."

She brought the woman in for a kiss and held her tightly. "You're just so loving, Dorrance." She sighed, brushing a strand of hair back. "I'm so happy we're together~" She cooed, a large smile growing on her face.
Lilac

Dorrance's shoulders relaxed as Ren held her and kissed her once again.

The next instance of problems would arise at dinner, albeit not anything Dorrance was aware of. It was high time Viola did something about Ren. It had been almost a month since the little thing crept its way into Dorrance's lap and she needed to leave. Viola was loyal to Dorrance in all her being, but as a result she could not bare to let some filthy street rat abuse her wealth as well as her affection.

Killing Ren would be hard, but making her sick was an entirely other matter. After a long while, Viola managed to convince Dorrance that Ren and her were capable of eating at the dining area. Dorrance had given instructions to the meals Viola could prepare, most of which for some reason included liver or blood, but which Dorrance claimed as a speciality in some parts of Saadedge. The benefit of this, however, was that the deep red color of the stew allowed Viola to place a tincture of a Crypfaith plant into it. One which would make a person violently start purging.

As Viola served the bowls, she'd give the beet soup to Dorrance and the special red pork stew to Ren.

Dorrance beamed and thanked her.

"I'm sure it's delicious as always," Dorrance said. She'd move over to Ren and tilt her head. "How's your food, love?"

Honestly Ren didn't quite like this. She preferred having Dorrance feed her to be honest, and she'd definitely made that preference known. Still, apparently Viola wanted to serve her lady again...Ren didn't like it, but once she saw the food...Well she forgot about everything else. She immediately began to dig in, her eyes sparkling with each bite. She wasn't losing herself as often as before, but every time she ate she had to show a decent amount of self control. Otherwise she would have up and picked up the bowl by now and began drinking.

Before she had a lapse in control, Dorrance's voice brought Ren out of her concentration. She looked up suddenly before smiling wide at her lover. "It's good!" She chirped happily. "Though it's always sweeter when it comes from you~" She gave a small wink before continuing on.

As Ren enjoyed her dish and complimented Dorrance, she'd hear a soft snap.

"It's quite alright, Viola," she reassured. "Saves us from slicing too much, right? I'm sure Ren and I can enjoy the rest of the meal fine."

Later that night, Dorrance finally let Ren out into the gardens. With the night out and the cool air, she decided it'd be less suspicious if Ren was let out occasionally. The two would stroll along the gardens for a moment before sitting down at the patio to enjoy some wine. What Dorrance didn't know was that the wine Viola had gotten wasn't what she requested, rather it was the typical wine. Not that Dorrance knew, they were in glasses.

"Make sure to drink up plenty, Ren," Dorrance said, thinking it was Ren's typical elixir. "Can't stay too warm outdoors after you got sick, am I right?"

Ren barely seemed to notice Viola's rage as she simply began to dig back in. Still...Dorrance would have to feed her next time. She didn't know why, but it tasted so much better with her...

"I'm glad to finally be outside." Ren beamed, taking a deep breath of the air. It smelled...a bit different, but honestly so did everything as of late. It was strange, she wasn't the biggest fan, but there was nothing she could do...

Well, there was one thing...but she'd hold off for now. After all, she shouldn't be SUPER clingy with Dorrance ALL THE TIME. She might just end up starting to bother her after all! "Thank you dear! I'll do just that!" She chirped, putting the glass to her lips. It smelled...well it was nice. It...honestly wasn't as good as what she was used to, but...she really didn't mind! Rich people wine was rich people wine!

It only took a few minutes for it to hit her. She suddenly felt...strange. Warm. Her eyes fluttered slightly and she seemed to sway. What was...What was happening. "Was...Hm.." Ren muttered to herself, her thoughts suddenly hard to grasp. Was she drunk? From just one glass?!?!?!? She blinked hard and suddenly giggled to herself. That was silly. No...she wasn't drunk. "D-dorransh...What was that wine?"
Lilac

Dorrance looked at Ren, confused at her sudden swaying and slurred talking. She let out a small giggle.

"It's the same wine I always give you, silly," Dorrance said nuzzlign her. "Are you alright dear? Are you tired? You're looking a little worn."

Dorrance drank her own glass. The wine definitely didn't taste different to her. Of course, Ren's wine was going to be different from hers, after all.
_________________

"Ish it?" Ren marveled at the glass. It didn't TASTE the same...but..If Dorrance said so! She took another glass and drank it right down. The taste hit her, then the warmth. She beamed at the glass. It wasn't as good but...it certainly made her feel good~

She immediately took another drink and sighed. She felt good...But she couldn't be drunk! She could drink way more than thiiiisss! "Mmm...I feel fine Dorrance, though...There is ONE problem." And just like that, Ren would practically flash into Dorrance's lap, her arms wrapping around the woman's body and she cuddled up against her. "Annnnd it's solved." She giggled, nuzzling against Dorrance happily. "I wash just too far away from you dear." Ren giggled once more before planting a small kiss on the woman's cheek. "I love you sho much Dorrance~"
Sponsored content